The cannabinoid CBG (CBG Oil) is derived from the cannabis plant. It’s often referred to as the “Mother of all cannabinoids”. This is because many other cannabinoids are derived from The acidic form of CBG which is known as cannabigerolic acid (CBGA). There are two kinds of cannabinoid receptors in our body: CB1 and CB2. CBG binds to both CB1 receptors in the nervous system and brain, while CB2 receptors are found in the immune system and other parts of the body. CBG is thought to strengthen the function of anandamide, a neurotransmitter involved in pleasure and motivation. Research has shown that CBG has many therapeutic benefits, including the following:

CBG has been shown to have a number of anti-inflammatory properties. It can therefore be used to formulate topical treatments for arthritis, as well as for muscles and joints.

According to a study from 2015, CBG is extremely effective as a neuroprotectant.

This means it has properties that help protect and help heal our nervous system and is also effective for treating migraine.

The appetite-stimulating properties of CBG have been confirmed. A number of the molecules it interacts with are known to be involved in hunger regulation.

How To Use CBG Oil

Oil is the most common way in which CBG is produced for consumers. Pure CBG oil provides the benefits of CBG. However, CBG oils can be expensive and rare because of their intricate extraction process.

It is also true that using broad-spectrum CBD oils can provide you with some of the CBG benefits. Cannabis-derived CBD oils contain all the cannabinoids, including CBG, but they do not contain THC.

A phenomenon called the entourage effect occurs when cannabinoids are used together to increase their effectiveness.

CBG users often report feeling alert or focused. This effect may be explained by the fact that CBG has shown great promise as a neuroprotectant. This compound supports healthy inflammatory function and has even been shown to possibly support neurogenesis, and the creation of new brain cells – possibly leading to improved alertness and focus.

A comedic association has been made between marijuana, a cannabis plant containing THC, and the munchies. The appetite-stimulating property of CBG appears to be similar to that of THC. Getting an adequate amount of nutrients into the body can be made easier by eliciting appetite.

In most cases, marijuana munchies are accompanied by overindulging in junk food. In some cases, an increase in appetite can be beneficial, such as for those who lack the appetite for various reasons.

Managing one’s emotional well-being is among the many reasons hemp-derived CBD oil is used. Unlike its famous counterpart, CBD, CBG may be better at supporting a normal stress response.

The neurotransmitter, GABA, is inhibited by CBD and CBG. A higher concentration of GABA may have potent relaxation effects that help control stress responses.

CBG has shown effects on certain inflammatory channels in mice that are involved with inflammation, in contrast to CBD’s role in supporting a healthy immune system.

A recent study showed that CBG restricted the actions of significant inflammatory markers, including IL-1, IL-10, iNOS, and interferon-γ.

Hemp-based products are popular because they help relieve discomfort naturally.

Compared to THC and CBD, CBG exhibits more analgesic effects (comforting) and is also a better inhibitor of GABA reuptake than both. In addition to its ability to reduce stress, GABA has also been shown to relax muscles.

CBD and CBG differ in the following basic ways: 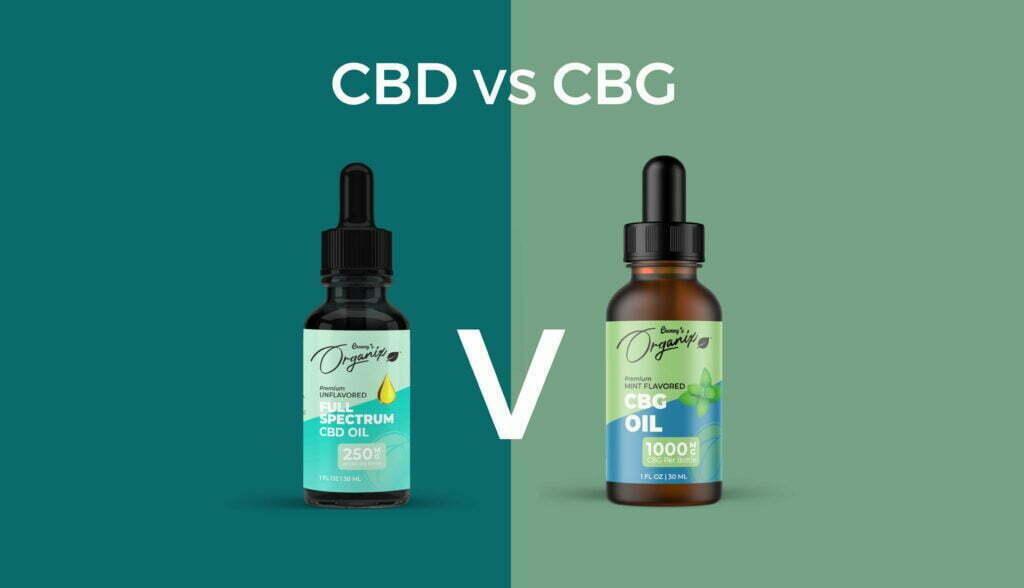 Structure of the Molecule –

The chemical makeup of CBD and CBG differs. Cannabinoids differ in their carbon, hydrogen, and oxygen atom arrangements. They differ in shape, so their 3D models interact differently with cannabinoid receptors in the body. Bioavailability is also dependent on chemistry.

CBD and CBG use different mechanisms to interact with the 5-HT1A serotonin receptor, according to research published in the journal Psychopharmacology. CBG is a natural antagonist of this receptor that CBD activates. The study found that using CBG diminished CBD’s anti-nausea effects, concluding that while they bind to the same receptor, they have opposing effects.

How does CBG make you feel?

You won’t get high from CBG. CB1 receptors in the brain are not directly affected by the compound, therefore no high is produced. Instead, THC acts as an agonist of CB1 receptors (it activates them) to cause intoxication.

In conclusion, CBG Products are extremely beneficial for health, as they do not contain any high compounds. In case you are curious about the ingredients used in CBG products, you can visit this website at https://chummysorganix.com/product-category/tinctures/ to find out more about CBD Oils.

Contents hide
1 CBG Oil is Anti-Inflammatory
2 CBG Oil is Antibacterial and Antifungal
3 CBG Oil is an Antioxidative
4 Neuroprotective effects of CBG Oil
5 CBG Oil is an Appetite Stimulant
6 How To Use CBG Oil
7 CBG's Potential Benefits
7.1 Concentration Support Can Be Provided By CBG Oil
7.2 Healthy Appetite May Be Supported By CBG Oil
7.3 The CBG Oil may assist in supporting a healthy stress response
7.4 The Effects of CBG Oil on Inflammatory Responses
7.5 Comfort may be supported by CBG Oil
8 CBD and CBG differ in the following basic ways:
8.1 Structure of the Molecule –
8.2 Pharmacology –
9 How does CBG make you feel?
10 The Bottom Line

Chummy's Organix
5.0
Based on 6 reviews

Lynn Jerdine
20:09 21 May 22
I've purchased the CBD freeze for my mother who is 92. She has arthritis and this has done wonders for her. We will continue to support and use. Thanks for crwating a wonderful product!

Mark-Anthony J
20:20 17 May 22
I won’t lie, if you’re not using these products you’re failing yourself.As for my experience, I’m a disabled USMC veteran with chronic pain in my hip, knees and lower back. I use multiple Chummys products and they do wonders. From the soft gels to the topicals I’ve used it all. And it’s done wonders to relieve the pain. I swear by this company.If you deal with chronic joint pain or pain in general, do yourself a favor and get yo self some product.

Tammie Pierce
14:15 12 May 22
Let me start with the Delta 8 sour diesel!! This product boosted my energy levels as I’m going through treatments. My high lasted me roughly about 1.5 or 2 sessions if that makes sense. The taste is smooth and sedating leaving me uplifted, The perfect little joint,🫶🏾

Deonna Kitwana
20:48 11 May 22
The pre-rolled joints are very affordable and effective! I bought the indica and hybrid pre-rolls and enjoyed them!
‹
›

Get 25% Off when you Purchase any Topical USE CODE : COX25

This will close in 0 seconds